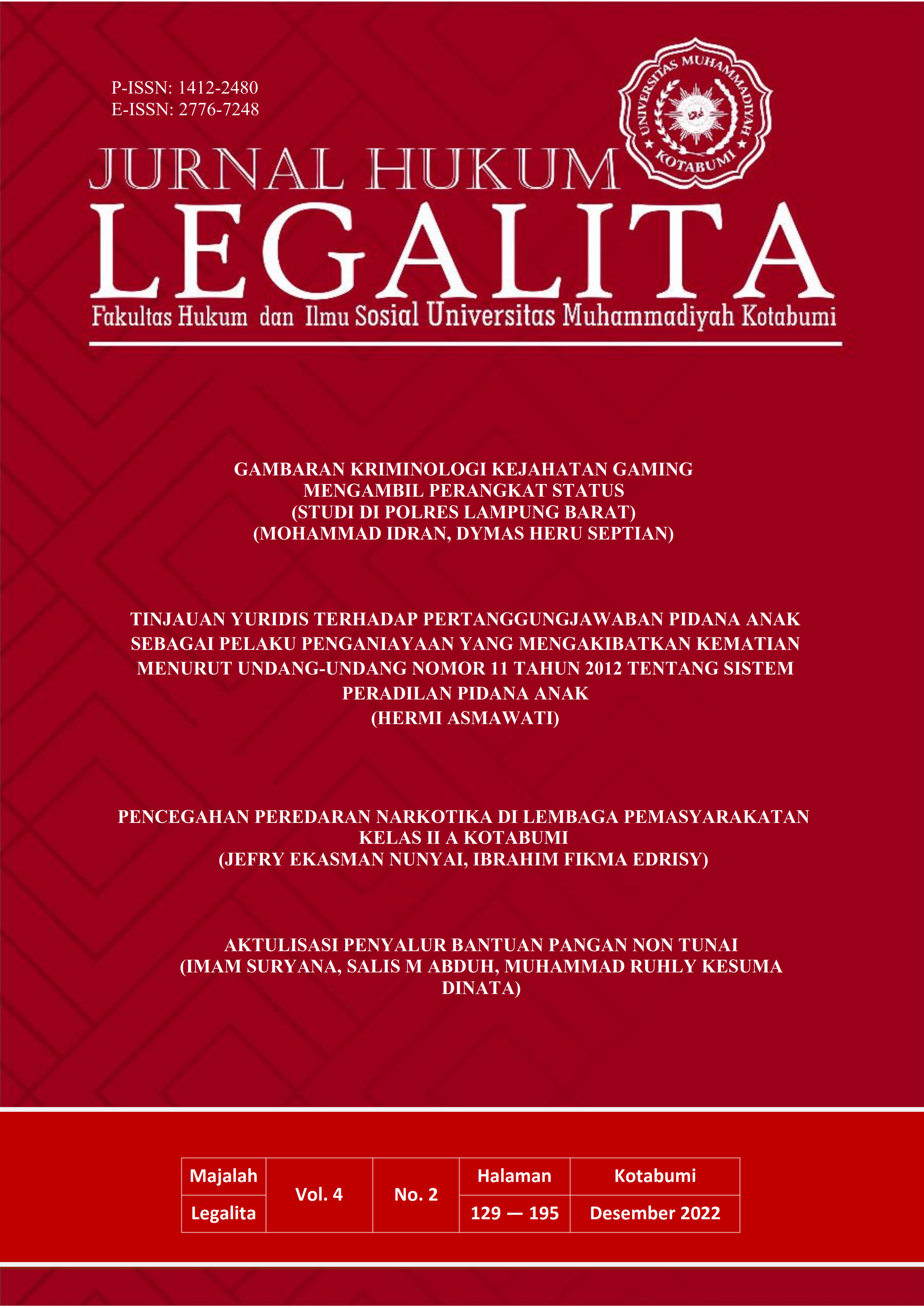 Narcotics or drugs have spread to almost all levels of society, from the middle to lower to upper middle class economic levels. Circulation of Narcotics in Correctional Institutions (Lapas) has been rife. The correctional system is used as a way to guide and foster prisoners, which is regulated in Law Number 12 of 1995. Based on data from the National Narcotics Agency (BNN), it is revealed that almost every year there has been circulation of narcotics behind prisons. The results of the research show that there are still unscrupulous prison employees who are seduced by narcotics traffickers with the lure of money tips to smuggle these illicit goods into the correctional institution. Efforts to tackle drug trafficking in the Class II A Penitentiary in Kotabumi are by tightening inspections for visitors who wish to enter LAPAS, conducting raids on prisoners, providing guidance to prison officers, providing personality, spirituality and independence development to inmates. The author's suggestion is that the facilities and infrastructure of the Kotabumi Class II A Correctional Institution should have an X-RAY device to detect all kinds of objects that will enter the Kotabumi prison, including these illicit goods.