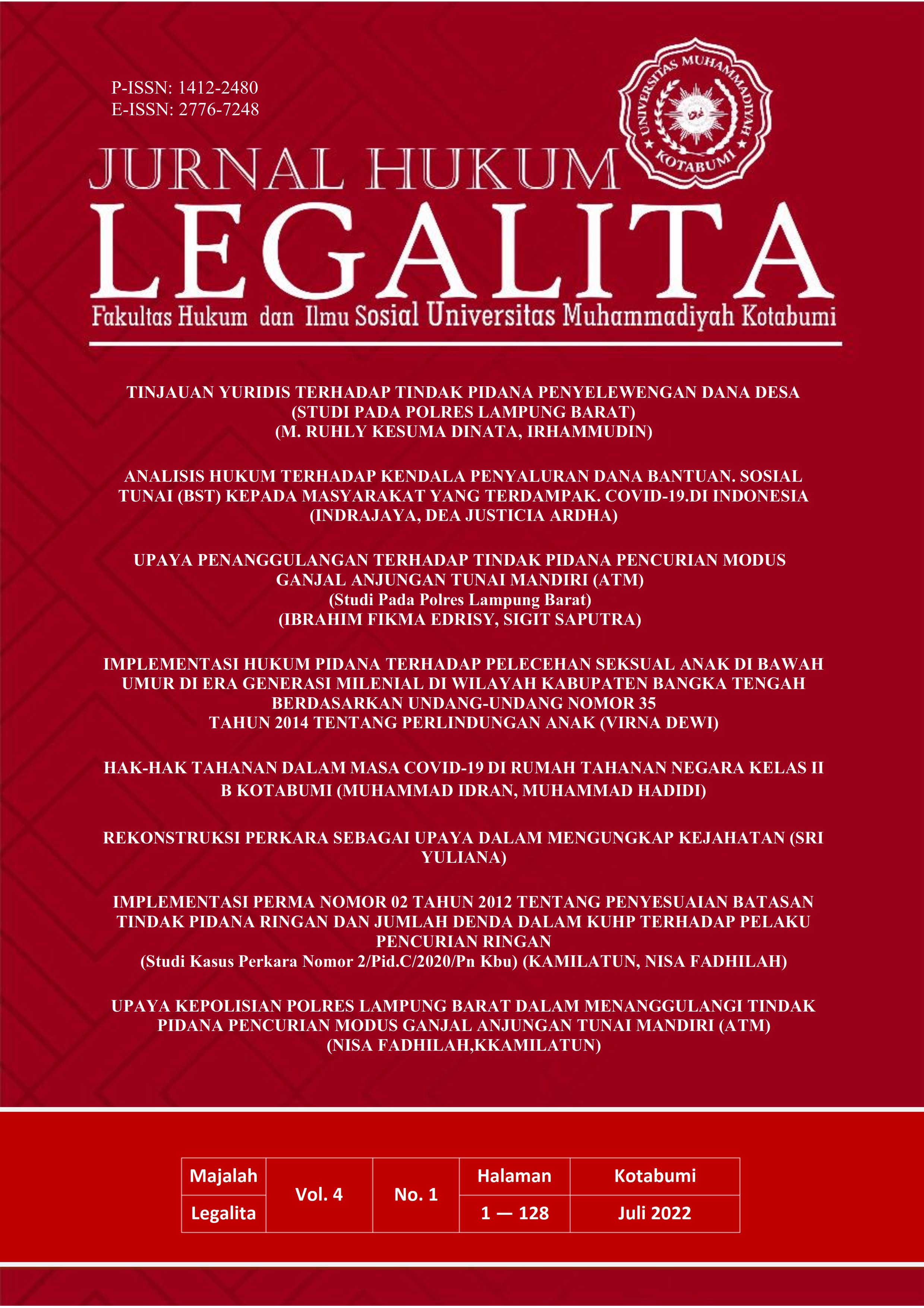 One of the Bank's services is the launch of an ATM card (Automated Teller Machine). Literally ATM can be interpreted as an automatic cash register or often called an Automated Teller Machine which means an automatic cash register without a person, placed inside or outside the bank's yard that can issue cash and handle routine banking transactions, such as depositing, withdrawing money, transfer between accounts, settlement or payment of credit card bills. However, at this time many ATM facilities provided by the Bank have been misused by criminals to commit crimes, one of which is the wedge trick mode, this wedge trick is an ATM card entered by a customer who is inserted into this ATM can enter but will be difficult to get out. as if the ATM card was swallowed by the machine even though it was only stuck, this crime with the jamming mode can be classified as a criminal act of theft by violating the provisions of Article 363 of the Criminal Code. The problem approach in this study uses a normative approach, which is done by approaching the problem from a legal perspective, discussing and then reviewing books, statutory provisions and those related to the problems to be discussed. The results of the study concluded that efforts to overcome the crime of theft of the Automated Teller Machine (ATM) block mode by the West Lampung Police are through penal efforts (criminal law) and non-penal efforts (not / outside of criminal law), in addition to efforts made by the Police West Lampung in this response is carried out by increasing the activity of raids, patrols and guarding, but only when a crime occurs, does not involve the surrounding community and parties from the Bank and there is no cooperation with other parties and the West Lampung Police officers are inconsistent in carrying out operations/patrols. to prevent the most likely crime of theft by breaking into Automated Teller Machines (ATM). The inhibiting factors are internal factors and external factors, where internal factors include law enforcement itself. The imbalance of the rules used makes these crimes still increase from year to year. External factors include the lack of care and awareness from the public who do not report to the police. In addition to other inhibiting factors, namely the law that regulates it, law enforcement officers and legal culture factors.