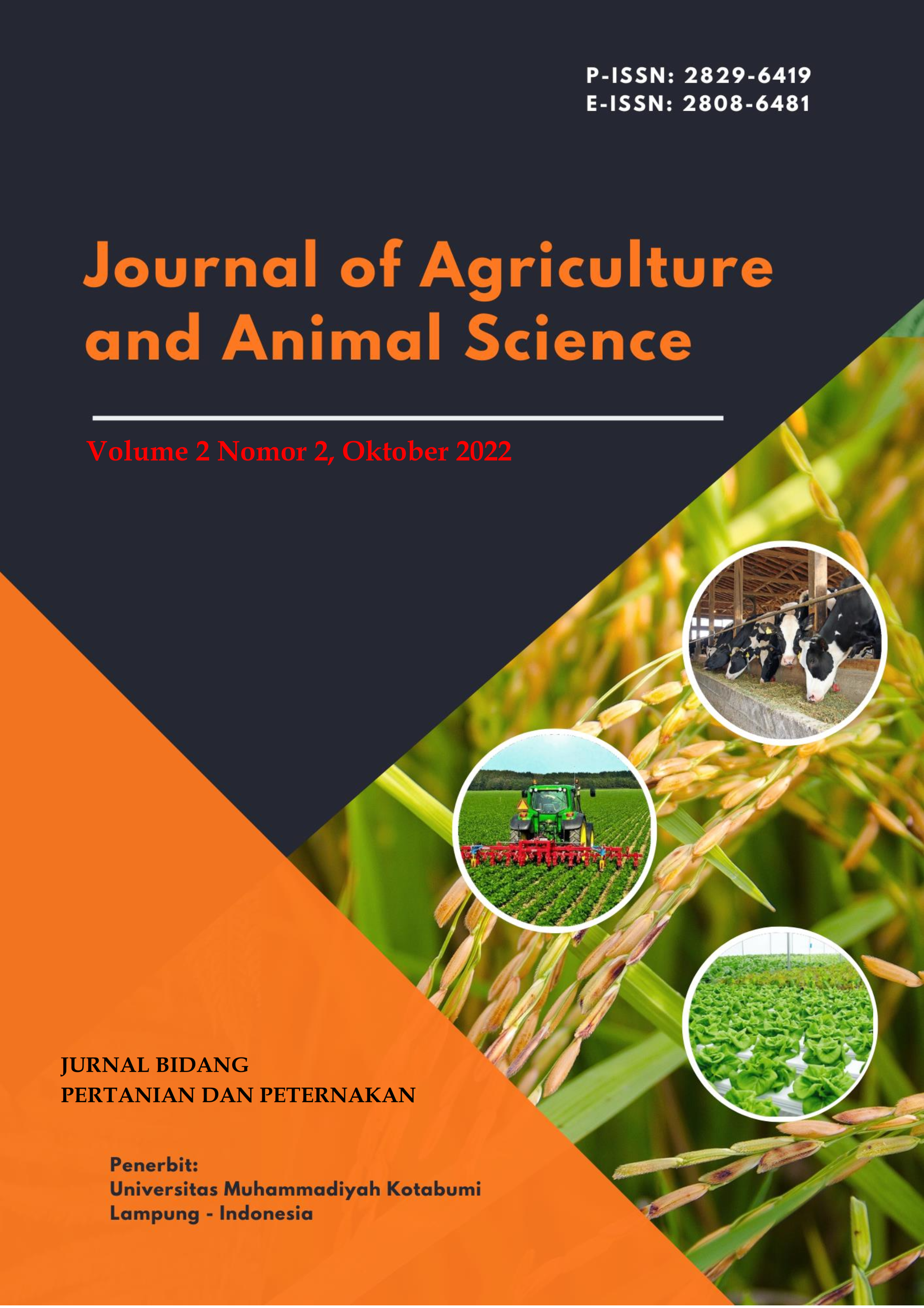 The purpose of this study is to analyze the income level and welfare of cassava farmers in Bumi Nabung Ilir Village, Bumi Nabung District, Central Lampung Regency. Considering the fact that Bumi Nabung Ilir Village has the largest land area and cassava production in Bumi Nabung district, this location was carefully selected, but there are still many farmers classified as low income, About 997 households. Income analysis and welfare analysis are used as data analysis methods. The sample used in this study included 41 individuals of her who used a targeted sampling technique which is based on farmers owning land and farming experience. As a results, according to the BPS category, the income level of cassava farmers in Bumi Nabung Ilir Village was classified as medium income with a percentage of 46.34%. The income of cassava farming on the variable cost is Rp. 7,977,561/ha/MT and the income on the total cost is Rp. 7,639,467/ha/MT. The results of the study from 41 respondents can be concluded that the level of welfare is at a moderate level of welfare, namely with a score of 84 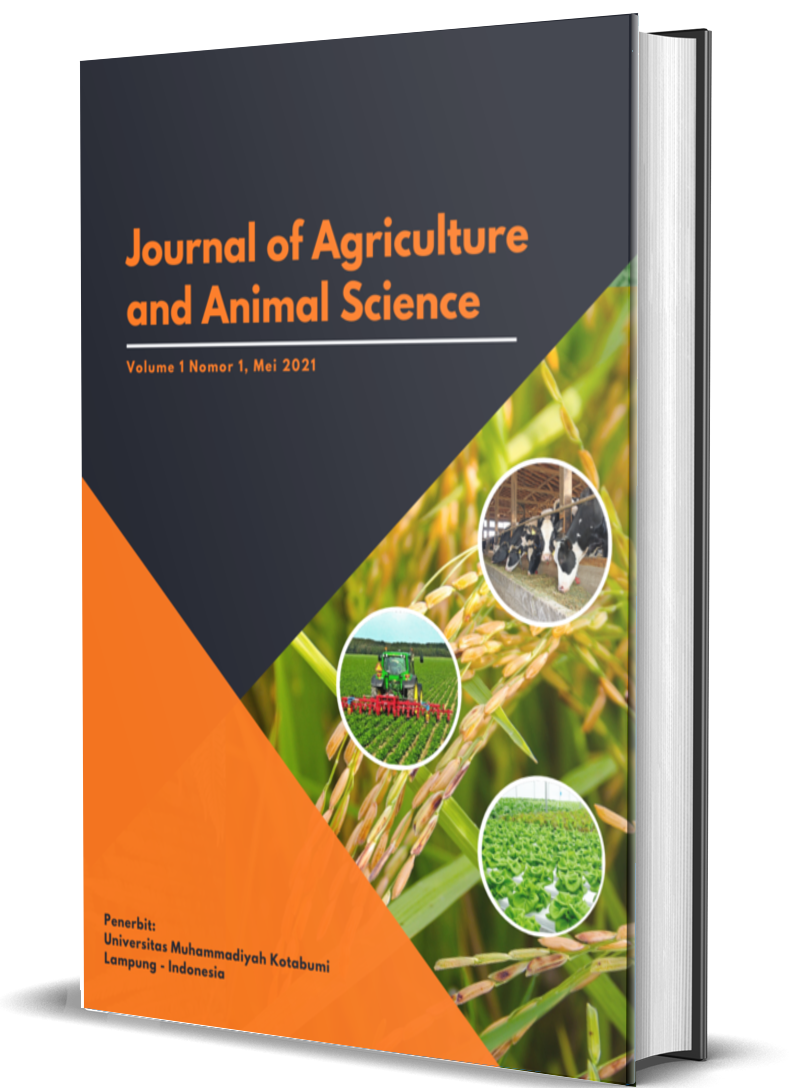