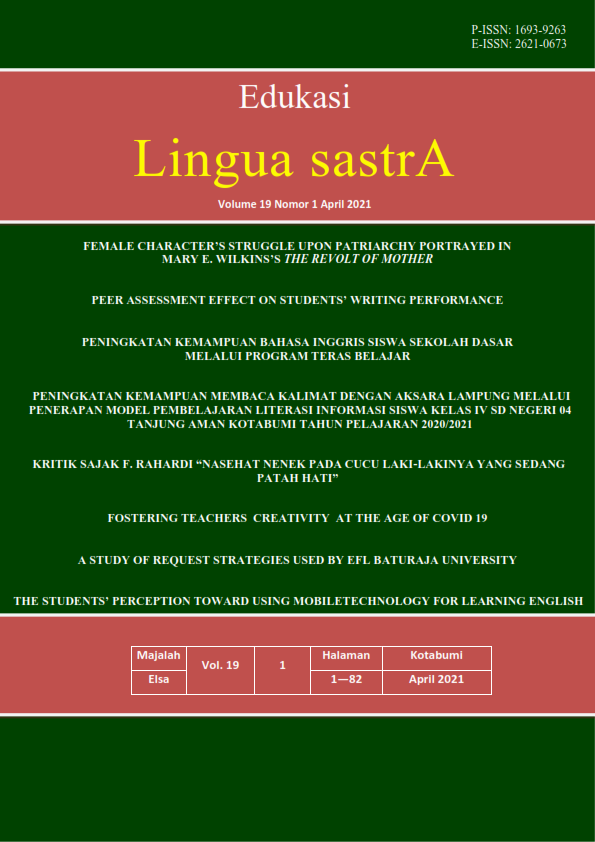 Abstract: Short story as one of literary works can be the reflection of human life and also historical background in which human live in certain time and period. The portrayal of the characters in the short story can describe vividly the life of people in the real life in certain period. This article tries to portray how women in America living under the pressure of patriarchy during 1920s and it is described though female character in Mary E Wilkins’s The Revolt of Mother. The struggle of female character in this short story to survive upon the oppression of patriarchy is so touching and inspiring. The author creates such a delicate but tough female character who finally can conquer her husband’s absolute privilege which made her to live with suffering for forty years. The female character’s suffering in this short story is hoped to be our inspiration to give more appreciation for women, and giving them protection from the violence comes from patriarchy.

This work is licensed under a Creative Commons Attribution-NonCommercial 4.0 International License.

This work is licensed under a Creative Commons Attribution-NonCommercial 4.0 International License.